What is the once-only principle?

The vision of a European single market is still hampered by the grinding daily bureaucratic procedures and paperwork imposed by public administrations. Citizens often have to spend a lot of time dealing with simple administrative tasks, such as changing their personal data after moving or proving their identity multiple times - even if this data is already stored in the public sector.

The project was launched by the European Commission in November 2016 and it is funded under the H2020 call CO-CREATION-05-2015. Five organizations from four different member states explore how the once-only principle for citizens can be implemented at a European level.

The overall aim of the EU research project SCOOP4C is to investigate, discuss, and disseminate how co-creation and co-production in public service provisioning for citizens can be achieved by implementing the once-only principle. Six objectives to contribute to the wide implementation and diffusion of once-only drive the project: 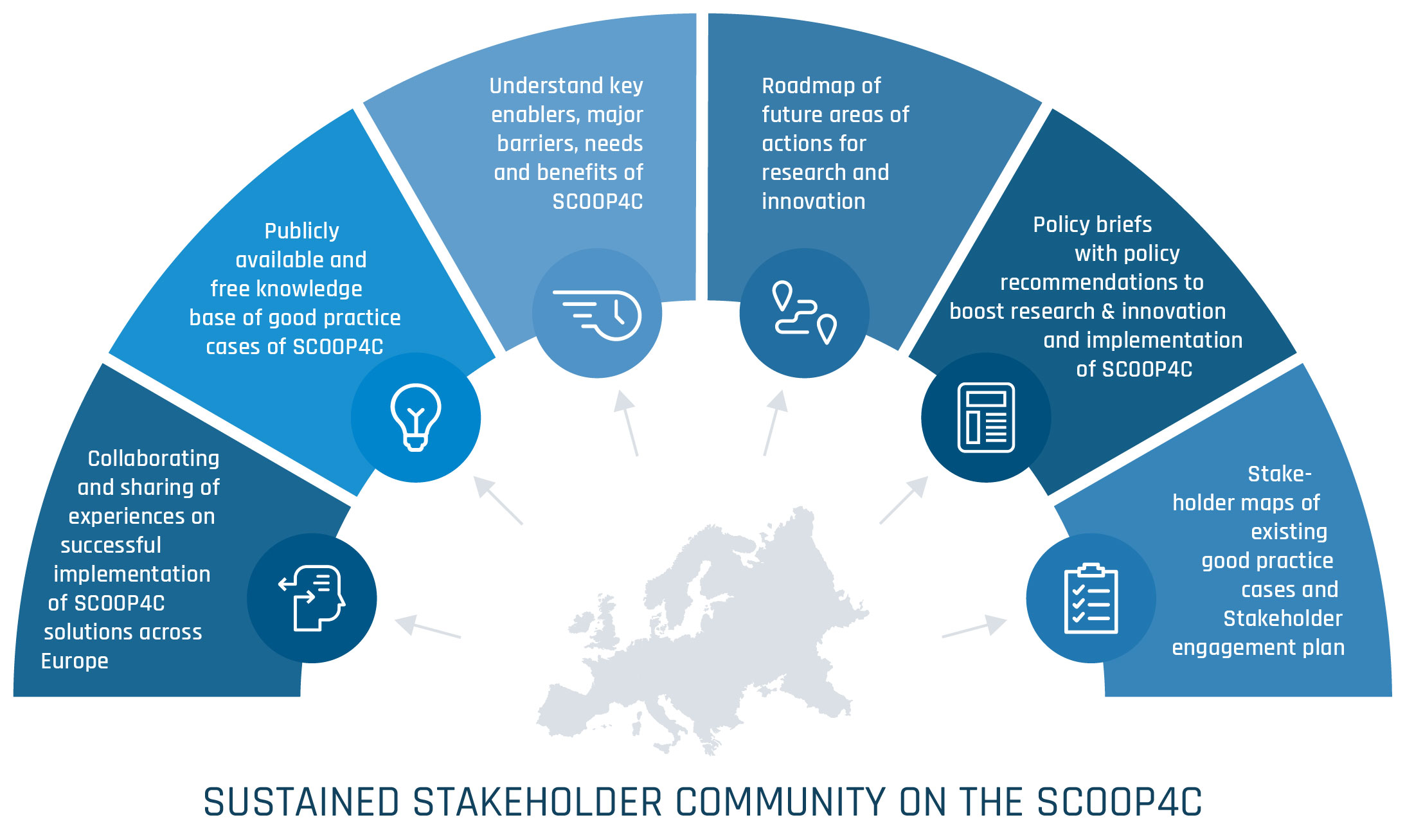